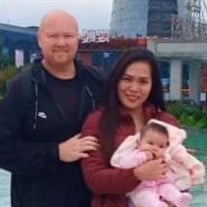 On Friday, 30 July 2021, Richard Tyrone Wooten passed away peacefully in his sleep in Mansfield, Texas, after his courageous battle with renal failure. Because of Richard&#8217;s unwavering faith, we know he is now with the arms of his Heavenly... View Obituary & Service Information

Send flowers to the Wooten family.