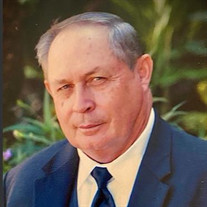 Richard Alan Sinner, Sr, 75, spouse of Linda Scott Sinner of Arlington, passed away Tuesday, January 26, 2021 at Arlington Memorial Hospital. Born January 22, 1946, in Riverton, Wyoming, he was the son of the late Johnny Valentine Sinner and Doris Ekman Burden. Richard graduated from Shoshoni High School in 1964 and completed an associates degree from Northwest Community College in Powell, Wyoming. He went on to earn a pilot’s license and served as a flight instructor at Lynch Flying School in Billings, MT until he pursued a career as an air traffic controller. Richard’s natural leadership led him to become an air traffic control instructor at the FAA Mike Monroney Aeronautical Center in Oklahoma City, OK. Transferring to Dallas, TX, he returned to active air traffic control until he retired in 2005. Richard was a fierce masters class long distance runner well known in the Oklahoma City racing community. He joined the Masters Sub-11 Club at the age of forty clocking 2-miles in 10:27 accomplishing a 5:14 pace. He competed in the Boston Marathon and earned his final spot in state records at the age of 46 running the Jim Thorpe Classic Marathon in 2:53:26. Richard filled his retirement years chasing all of his passions. He took a seasonal job as an usher at the Texas Rangers Stadium to fulfill his love of baseball. He loved watching OU football, the Minnesota Vikings, and the Dallas Stars. He was as passionate about his tomato plants as his love for sports. His final passion as a volunteer for the Arlington Police Department was his greatest pride. He contributed in multiple ways over the years; surveillance in high crime areas, roleplay in police training simulations, and leadership in a neighborhood watch community. Though these were all great contributions, nothing is greater than his final assignment infiltrating websites finding victims being held against their will and getting them in contact with the police. On September 1, 2020, he was awarded the Central Investigations Volunteer of the Year. Richard lived an enriched and meaningful life that was only made better on February 19th, 2011 when he married Linda Scott. Linda was the softness to his rough edges and for almost ten years, his children and grandchildren were blessed with their loving relationship. Richard’s strong work ethic and insatiable curiosity was embedded in his children and is one of the greatest reasons for their successes today. He was a loving grandfather who sprinkled their lives with random texts to stay away from boys, political commentary, security tips, quirky jokes, and pride for their accomplishments in sports, education, and careers. He will live on in each one of them. He is survived by his beloved wife, Linda Scott Sinner and sons Richard Sinner, Jr and his wife Lori of Amherst, NH; Greg Sinner and his wife Elaina of Jacksonville, FL; Eric Sinner and his wife Michelle of Frisco, TX and daughter Julie McKintosh and her husband Chris McKintosh of Mansfield, TX; granddaughters Megan Sinner, Olivia McKintosh, Ashley Boncic, Nicole Boncic, Olivia Boncic, Madison Sinner and Rylee Sinner; grandsons Ricky Sinner, Caleb Sinner, Ethan McKintosh, Logan Sinner and Preston Sinner; sister Brenda Vidrine and brother Bob Miller; Sister-in-law Margaret Summey. Preceded in death by his sister, Pam Carreiro and brothers John Sinner and Bill Miller. A private family service will take place at Mansfield Funeral Home at 1:00pm on Tuesday, February 2nd. The service will be live-streamed in order for extended family and friends to join us in the celebration of his life. Donations in his name may be made to: Operation Kindness, a no-kill animal shelter located at 3201 Earhart Drive, Carrollton, TX 75006. Donation cards on the website can be sent to: Linda Sinner, 1807 W. Cedar Elm Drive, Arlington, TX 76012. Website: www.operationkindness.org “A marathon is an event where everyone is equal and ordinary at the starting line...but a legend is born at the finish”.

Send flowers to the Sinner family.