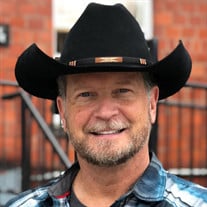 Mr. Marc James Dabal, aged 56, passed away on Thursday, December 31st peacefully at home in Argyle, TX. Marc was born on February 14th, 1964 in Passaic, NJ as the second son to Robert Dabal and Gloria Klimaski Dabal. Marc is survived by his older brother, Gregory Dabal, of Mendham, NJ and his Mother, Gloria Klimaski Dabal, of Port St. Lucie, FL. Marc married Maryellen Lux of Clifton, NJ on October 16, 1988. They were married for 32 years and had the privilege of raising two daughters, Kim Dabal, aged 28, of Frisco, TX and Theresa Dabal, aged 24, of Grapevine, TX. A mass will be held for Marc Dabal on Thursday, January 14, 2021 at 10am at Good Shepherd Catholic Community at 1000 Tinker Rd, Colleyville, TX with Fr. Ronald Mohnickey presiding. The mass will be live streamed on the Good Shepherd Catholic Community Facebook page. An additional mass will be held on Saturday, February 6, 2021 at 10am at St. Philip The Apostle Catholic Church on Valley Rd in Clifton, NJ. Fr. Joseph Farias will be presiding. Due to COVID, a repast celebration in each state will take place at a later date. The family welcomes all who would like to celebrate, to join them online or in person at the masses. Marc graduated from Clifton High School in 1982. He attended William Paterson College and later finished his Bachelor’s Degree at Indiana Tech University. He was in the process of pursuing his Graduate Degree in Theology at the University of Dallas. Marc started his career as a graphic designer for Reprotech, Inc. His career flourished as he contributed to the success of many companies, including, LP Thebault, Bowne & Co, Venture and Fiserv. His 19 years with Bowne & Co afforded he and his family the opportunity to live in other places, including Granger, IN and Southlake, TX. He then followed his passion for theology and helping those in need by leaving the corporate world and joining Catholic Charities of Fort Worth as the Director of Parish Relations and Social Ministries. He was employed there for 2 ½ years. When Marc put his mind to something, he gave 110%. Marc was best known for being first to step up and help others. He lit up every room he walked into. His spirit of adventure led him to be an explorer of food, hobbies and church/community activities. Marc had a gift for music, whether he was playing his guitar, singing or attending concerts of all genres of music. His other interests included the DFWBMW motorcycle club and Grace Garden. Faith played an important role in Marc’s life. He studied and achieved the role of Stephen Minister, and was in the process of becoming a Deacon in the Catholic church. He was also a Eucharistic minister and lector as well as involved in many other church committees. He was an amazing husband who put his wife first. He always made sure she was on board with his adventures and his thinking outside the box. He was born to be a father. He was deeply involved in his daughter’s lives from attending school musical concerts and dance recitals, girl scout father/daughter weekends and being on the “chain gang” when his daughters cheered for football. Marc is survived by his wife, Maryellen Dabal, and his daughters, Kim Dabal and Theresa Dabal. He is also survived by his mother, Gloria Klimaski Dabal of Port St. Lucie, FL and his older brother, Gregory Dabal, of Mendham, NJ. In lieu of flowers, the family is suggesting a donation to Catholic Charities of Fort Worth at the following website: www.catholiccharitiesfortworth.org. If you choose to make a donation, please mention in the comments section, “In Memory of Marc Dabal”.