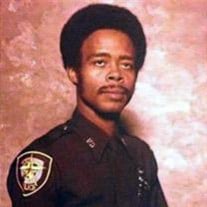 “But God!” Kenneth Paul Oliver was born on June 20, 1949 in Palestine, TX to the parents of Mr. Willie Oliver and Mrs. Juanita “Madea” Oliver. Kenneth had five siblings, Donnie Anthony Oliver, Jill Frances Oliver, Elwanda G. Oliver-Thornton, Glen Wayne Birdow and Eartha Kay Birdow. Kenneth was raised by his grandmother, Mary E. Griggs and attended A.M. Story High School in Palestine, where he exemplified a stellar work ethic and showcased his love for music by playing the drums. Upon graduation, Kenneth married Mary Louise Anderson. From this union, Kenneth’s two sons were born, Kenneth Paul Oliver, Jr. and Lellowynn Douglas Oliver. Kenneth then moved to Fort Worth, TX where he met and married Barbara Lamore Castle in 1972. They later moved to Waco, TX where their twin girls, Tonya Wilson and Sonya Oliver were born in 1975. Kenneth soon began his career in retail and consumer electronics and worked as a supervisor and manager at Woolco, and later worked as a Store Manager at Highland Superstore. He also owned a retail store, Dollar One in Arlington, TX. This retail store was a huge accomplishment for him and showcased his love for his community and for serving others. Kenneth also joined the police force in 1985 and served as a parole officer for The Fort Worth Police Department for almost 15 years. He was always so proud of his work in law enforcement, and would reminisce about his time as an officer to his friends and family. Throughout his life, Kenneth enjoyed the simple things in life. He believed in God first and family second. He loved to fellowship with the Men’s Ministry at Cornerstone Baptist Church and served as a Sunday School teacher there. He was a wonderful son, father, grandfather, uncle, brother and friend. In his spare time, Kenneth enjoyed fishing, playing poker, watching TV (especially movies), and loved “his Texas Rangers”. Kenneth also prided himself on his strong attention to detail and his impeccable organization skills. Although Kenneth experienced sickness during the latter part of his life, he still embraced life and maintained a spiritual walk with God. His daughters were the joy of his life and he thrived on their love and support. On Tuesday, April 6, 2021 Kenneth transitioned to Glory and departed this life at 71 years of age. In his final days, it was apparent that he felt peace from within and was ready to seek his Heavenly home. Kenneth is proceeded in death by his parents, Willie Oliver and Juanita “Madea” Oliver, his grandparents, Arthur Griggs and Mary E. Griggs, his stepdad Oliver Roy Birdow, his great aunt and uncle, Aunt Lois and Uncle Dailey, his siblings, Jill Frances Oliver, Glen Wayne Birdow, Donnie Anthony Oliver, his sons, Kenneth Paul Oliver, Jr. and Lellowynn Douglas Oliver and his ex-wife Mary Louise Anderson. He leaves to cherish his memory his lovely daughters, Yolande Wilson, Tonya Wilson and Sonya Oliver, his siblings, Elwanda G. Oliver-Thornton, Eartha Kay Birdow, Dr. Faith Oliver-Robertson, Karen Oliver-Hall, and Wilisa Oliver-Pierce, Manuel Oliver, a host of nieces and nephews and other relatives and friends with whom he had a special relationship who will miss him dearly.

The family of Kenneth Paul Oliver created this Life Tributes page to make it easy to share your memories.

Send flowers to the Oliver family.