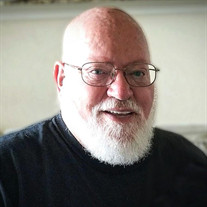 Gerald “Jerry” Gattuccio, 72, of Arlington, Texas, passed away unexpectedly on January 9, 2022, in Fort Worth. Gerald was born on August 27, 1949 in San Jose, California. He was the son of Frank and Gaetana Gattuccio. Gerald graduated from Bell High School in Bell, California. After graduation, he joined the US Army and served in Vietnam earning multiple medals and two Purple Hearts. After his military service, Gerald moved back to California and became a baker, managing several stores. He later began working at General Motors, from where he retired. During his time at General Motors, he married and become the father of his beautiful daughter, Natalie. He dearly loved his daughter and son-in-law, Clarke, and his granddaughters, Hailie and Hollie, were the light of his life. Gerald was a lifelong enthusiast of the outdoors. He had a love for gardening and enjoyed having his garden beautifully kept. Gerald’s greatest love was for his family and friends. Gerald had such a giving and loving heart. He also enjoyed watching football, swimming, and spending time with his family. Gerald was preceded in death by his father and mother, Frank and Gaetana Gattuccio. He is survived by his daughter, Natalie Phelps of Venus, Texas, son-in-law Clarke Phelps Jr.; granddaughters, Hailie and Hollie Phelps; twin sister, Dina Baird and husband Ken Baird of Las Vegas, Nevada; brother, Frank Gattuccio and wife Tonya Gattuccio of Auburn, California; and sister, Kathleen Gattuccio of Murrieta, California. Gerald was the beloved uncle to many nieces and nephews. He was loved and adored by all who knew him. A service of remembrance will be held on Monday, January 24, 2022 at 11 am at Mansfield Funeral Home in Mansfield, Texas with Pastor Mix Williams officiating. An inurnment ceremony will be held following the service at the DFW National Cemetery.

Gerald &#8220;Jerry&#8221; Gattuccio, 72, of Arlington, Texas, passed away unexpectedly on January 9, 2022, in Fort Worth. Gerald was born on August 27, 1949 in San Jose, California. He was the son of Frank and Gaetana Gattuccio. Gerald graduated... View Obituary & Service Information

Send flowers to the Gattuccio family.