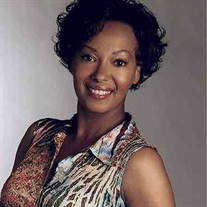 Ms. Donna Ruth Burton-Taylor was born in Salina, Kansas on March 26, 1963 to Mr. Francis LaMonte Burton and Mrs. Betty Jean Burton. Donna is the older of two daughters. Donna was a military brat who traveled the world from Kansas to California, from Hawaii to the Netherlands, England and beyond. She attended several schools throughout her younger years and graduated from Highland High School in Albuquerque, New Mexico. In the Netherlands while attending Armed Forces Central Europe High School, Donna was the first young lady of color to be placed on the schools cheerleading squad. She was not only recognized as one of the best cheerleaders they ever had but she excelled above and beyond all the cheerleading task requirements. Donna bought charisma and personality to the squad that they had never seen before. The entire squad was featured in the National Netherlands Teen Magazine (their version of Seventeen). They were featured as a unique group of young ladies who brought something different (cheerleading) to the country. Cheerleading was something they were not familiar with and Donna was right there, front and center. After high school, Donna was accepted into the University of Kansas and majored in Journalism. Donna was an excellent writer who had a vivid imagination to express her writing skills by grasping her readers attention and painting a beautiful canvas on paper. Around the age of 30, Donna’s youthful look captured the eye of a local Designer in Minneapolis/Saint Paul, Minnesota. He was so taken by her, that he asked her to be the leading lady in his fashion shows and this allowed Donna to fulfill her lifelong dream of becoming a model. This launched a platform for her that opened doors of opportunity where she became a chosen favorite for name brand companies such as Best Buy, Vision Works, Finger Hut, Target, and Macy’s. She was featured in magazines, printouts, billboards, and even made regular cameo appearances on HSN and ShopNBC. In addition, she also was the featured model for a Bridal Boat Show in Florida every year for over 10 years. She would also model for a famous Yacht company in Florida where she demonstrated all the features on the Yachts to entice buyers. Donna continued to captivate her audiences with her award-winning worthy smile, beautiful bright eyes, long slender legs, and a runway walk that that would make any man pause for the cause! Donna was so head-turning that other local Designers would jump at the chance to design their clothing lines to fit her physic specifically. Donna was a loving and giving individual. She was kind and thoughtful. She cared deeply for others and had a genuine desire to make the world a better place. She was a consistent volunteer for numerous organizations that were dear to her heart. She loved her family and friends and was very proud of her name sake Zoeey LaDonna Beane. Donna received Christ as her personal Lord and Savior around the age of 23. The generational foundation of serving the Lord was a part of her life and even up until her death, she had a heart for Jesus. Donna leaves behind her mother and father, her Aunts and Uncle, her sister, bother-in-law, her niece, her fiancé, her goddaughter, and many cousins, friends, and loved ones.

Ms. Donna Ruth Burton-Taylor was born in Salina, Kansas on March 26, 1963 to Mr. Francis LaMonte Burton and Mrs. Betty Jean Burton. Donna is the older of two daughters. Donna was a military brat who traveled the world from Kansas to California,... View Obituary & Service Information

The family of Donna Ruth Burton-Taylor created this Life Tributes page to make it easy to share your memories.

Send flowers to the Burton-Taylor family.