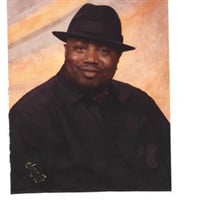 CELEBRATING THE LIFE & MEMORY OF David DeSway Penn-Morgan SUNRISE SUNSET December 3, 1962 June 25, 2021 Isaiah 40:31 But those who wait on the Lord Shall renew their strength; They shall Mount up with wings like eagles. They shall run and not be weary. They shall walk and not faint. David DeSway Penn-Morgan was born the oldest child to the parents of R. D. Morgan and Latrice Hines Jones on December 3, 1962, in Lake Village, Arkansas. David graduated from Lakeside High School in Lake Village Arkansas. Always, pursuing adventure he moved to Detroit Michigan upon his graduation where he worked at the Allen Park glass plant. In 1985 David moved to Arlington Texas and he began his family. He married Edna Joyce Gray on September 19, 1986 and maintained a loving union for 34 years. His only son David Darious Morgan was born on February 7, 1986. The same year 1985 he worked for Arlington Medical City in the material management department. His last employment was Diversified Trades Construction as a construction worker. Due to an automobile accident in 1990 David was forced to retire. His accident never diminished his love for life. He became more determined, strong, and independent to conquer life with the love of his wife Edna Morgan. He stayed focused and set plans in place to take care of his family. David was kind and loving. He appreciated his family and friends. Although he was in a wheelchair, he found ways to give teachable guidance to train his son and mentor other young men. He was an encourager, believing he could do all things through Christ who strengthen him. He helped to raise his nephew Brayden as his own and loved being a grandfather to his two grandsons Creelin and Ryan. His loving wife, a devoted care giver began each day and ended each day with him. David became a devoted member of Cornerstone Baptist Church and was baptized on December 3, 1995. He enjoyed studying the Bible. He became an active member in the men’s Bible study group, Sunday school couple’s E and the mentor ministry. He taught children Sunday school until his health would not allow him to attend. He indeed loved the Lord and was called to gospel ministry in June 2003. On this Father's Day 2021, David became ill and was taken to the hospital. It was not Gods will for David to return home. But in Daivd’s true love of giving he was an organ donor and on June 25, 2021, he offered his last to others. He will be greatly missed by many. His father, R. D. Morgan preceded him in death. David DeSway Penn-Morgan leaves to cherish his loving memory his wife Edna Morgan, son Darious Morgan of Arlington Texas. Grandsons Creelin and Ryan Morgan. His mother Latrice Jones, Bobby Jones his stepfather of Detroit, MI. Sisters and brothers, Berryl L. Tucker, Pine Bluff, AR., Jacqueline Morgan, Hamberg, AR., Anita Morgan-Combs, Hamberg, AR., Quinnton Martin (Jamille) of Crowley, Tx., Renee York, Detroit, MI., Eugenia York, Detroit, MI., Charles York (Denise), Detroit, MI., Adrian Jones, Detroit, MI., and Mario Jones of Detroit, MI. Pallbearers David Darious Morgan Jessie Williams Brad Hall Timothy Burleson Corlyn Doolittle Ray Kelly Bradyen Sango Creelin Morgan 92:1-5 It is a good thing to give thanks unto the LORD, and to sing praises unto thy name, O Most High: 2 To shew forth thy lovingkindness in the morning, and thy faithfulness every night, 3 On an instrument of ten strings, On the lute, And on the harp, With harmonious sound. 4 For You, Lord, have made me glad through Your work; I will triumph in the works of Your hands. 5 O Lord, how great are Your works!

CELEBRATING THE LIFE & MEMORY OF David DeSway Penn-Morgan SUNRISE SUNSET December 3, 1962 June 25, 2021 Isaiah 40:31 But those who wait on the Lord Shall renew their strength; They shall Mount up with wings like eagles. They shall... View Obituary & Service Information

The family of David DeSway Morgan created this Life Tributes page to make it easy to share your memories.

Send flowers to the Morgan family.