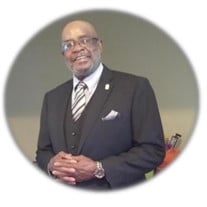 Reflections of Life A TIME TO BE BORN: CLARENCE EDWARD MAYBERRY was born on April 10, 1942, in Queen City, Texas to Mr. Bonnie and Mrs. Maza Webb Mayberry. His family moved to Dallas, Texas in 1943, he was a year old. A TIME TO PLANT: It was during his childhood time in Dallas that he accepted Christ and was baptized at Rising Star Missionary Baptist Church. He was a member for many years and sang in the sunshine spreaders choir. He participated in other children and youth activities at the church. A TIME TO LEARN: Clarence was a graduate of Booker T. Washington High School, class of 1960. Immediately following high school, he enlisted in the Military and served his country in the Army. After his service in the military, he received his certificate of apprenticeship in 1970 and became certified to be a journeyman Maintenance Machinist. A TIME TO SOW: Clarence married the mother of his two oldest children and to their union, a son and daughter were born. He was a smart, handsome man and had a way with the ladies. During his learning and sowing process, he also became the father of 4 additional children. A TIME TO WORK: Clarence worked in the brewery industry for over 40 years. He started his career at Schlitz Brewing Company in Longview, Texas. In 1982, he moved to Houston, Texas to join the team at Anheuser-Busch Brewing Company. Clarence was a Machinist and President of the Anheuser-Busch Teamsters Union. He retired from Anheuser-Busch a little over 12 years ago. A TIME TO LOVE: It was during his time in Longview that he met the love of his life, Zelna Mayberry, and gave up his man card. They met in 1982 and later married in 1984. To their union, Brian and Brittany were born. He was so thankful to God for a second chance at raising his family and being an incredible husband and father. He had a special LOVE for life, his wife, all of his children, his extended family, and friends. A TIME TO PLAY: Clarence was a hard-working man and took good care of his family. While he worked hard, it was during his retirement that he also got an opportunity to play hard. Clarence LOVED fishing, golfing, and sports. He was a slugger on the baseball field, a master at fishing and a linksman “golfer.” A TIME TO CONNECT: He also loved connecting with his friends and family through Facebook and didn’t miss an opportunity to give a Happy Birthday shoutout or Holiday Greeting. A TIME TO DIE: The death angel of the Lord summoned Clarence from his work on earth on Friday, July 9, 2021, and now he is resting. A TIME TO PRAISE: Today, we celebrate and praise God for his life and his unselfish love. Those left to cherish his life: Wife: Zelna Daniels-Mayberry Children: Edward Mayberry (Gloria), Sharon Mayberry Butler (Michael), Tyrone Holmes, Stormie Michelle Graham, Lisa Lowe (Anthony), Kevin Ates, Brian Mayberry and Brittany Mayberry Sister: Shirley Thomas In-Laws: Ricky Daniels and JoAnn Mayberry Grandchildren: Rodney, McKinzie, Trayvon, Brittney, Creighton, Ashia, Albany, Ashanta, Keiera, Kevandria, Antreal and Demarcus Godchildren: CheKeshia Daniels, Courtney Daniels and Mia Daniels Best Friends: John McCoy and Fred Walker And a host of nieces, nephews, cousins, other family, and dear friends.

Reflections of Life A TIME TO BE BORN: CLARENCE EDWARD MAYBERRY was born on April 10, 1942, in Queen City, Texas to Mr. Bonnie and Mrs. Maza Webb Mayberry. His family moved to Dallas, Texas in 1943, he was a year old. A TIME TO PLANT:... View Obituary & Service Information

The family of Clarence Edward Mayberry created this Life Tributes page to make it easy to share your memories.

A TIME TO BE BORN: CLARENCE EDWARD MAYBERRY...

Send flowers to the Mayberry family.