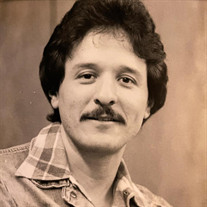 Los. Flaco. Grandpa. Car-Car. The Old Man. Dad. He was known by many names by many different people, which shows how many lives he touched along the way. Carlos Landin, born in Laredo, Texas to Humberto Landin and Estela Saenz Landin, passed away on Saturday, December 4, 2021, in Mansfield, Texas. Carlos’s passion was music. He travelled the U.S. in his teens and 20s as the lead vocalist of Los Rondels. He’s most known for his Tejano music standard “Eres Casado.” Afterwards, he spent time performing with The True Kings in Dallas, Texas. He was inducted into the TTMA Tejano Music Hall of Fame in 2002 and the Tejano ROOTS Hall of Fame in 2004. He worked for Dallas Independent School District for 24 years, where through hard work and perseverance he rose through the ranks. Starting out as a painter, he eventually worked his way up to administrator. During this time, he lived in Dallas, Texas then moved to Rockwall, Texas. People in the Dallas area knew him simply from his classic 1965 baby blue Chevy Impala with his nickname, “Flaco,” emblazoned on the trunk in small, dark blue cursive letters. On weekends, he would cook his signature fajitas and spend time floating in the pool. Upon his retirement, he returned to Laredo, Texas with his partner, Terri. Every morning he would join friends for coffee at the mall, he would attend church on Sundays, and he continued playing music with friends in his downtime. When you met him, you felt as if you had known him for years. We called it “The Landin Charm.” He had a way of making someone feel like the most important person on the planet when he spoke to them. If there is anything he was better at than music, it was making people laugh. Dad’s sense of humor wasn’t always family friendly, so we can’t share some of his best jokes here. But those who knew him need only think a moment before a chuckle uncontrollably rises to the surface. He is survived by his sons C.L. Landin (Emily), Bryan Landin (Elena), Victoria Landin, and Jared Landin (Lindsay), his stepdaughters Annie Silva and Toni Hight, and his grandchildren Angel, Feliziti, Julian, Sophia, and Jenae Gomez and his former spouse, Linda Hight. He will be sorely missed. In lieu of flowers, please donate to his family’s Fundly campaign. The proceeds will go toward a music scholarship in Carlos Landin’s name for music students at his alma mater, Nixon High School in Laredo, Texas. https://fundly.com/carlos-landin-music-scholarship-1

Los. Flaco. Grandpa. Car-Car. The Old Man. Dad. He was known by many names by many different people, which shows how many lives he touched along the way. Carlos Landin, born in Laredo, Texas to Humberto Landin and Estela Saenz Landin, passed... View Obituary & Service Information

The family of Carlos Landin created this Life Tributes page to make it easy to share your memories.

Send flowers to the Landin family.