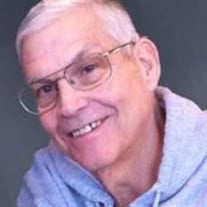 Fred A. Ufolla, Sr., 66, of Arlington, was received into the hands of God, on Saturday June 29th, surrounded by his loving family, after a courageous battle with cancer. Visitation:Â 6pm to 8pm Tuesday, July 2, 2013Â at Most Blessed Sacrament Catholic Church; 2100 N Davis Dr Arlington, TX 76012. Mass of Christian Burial:Â 10am Wednesday, July 3, 2013Â at Most Blessed Sacrament Catholic Church. Private inurnment will be held at a later date. In lieu of flowers, contributions may be made to the Wounded Warriors Project or the Juvenile Diabetes Research Foundation. Fred was born December 8, 1946 in Pittsburgh, PA and graduated from Canevin High School in 1964. After graduation Fred attended Duquesne University and was a Kappa Sigma Phi fraternity member. He received his Bachelor in Business Administration in 1971. Fred moved to Arlington 40 years ago and was the owner of NuVan Technology, in Mansfield.Â  He was a founding member of Most Blessed Sacrament Catholic Church and served with the Knights of Columbus. He loved rooting for the Pittsburgh Steelers and the Texas Rangers andÂ spending time with his family, especially his grandchildren. Fred's humor and generosity will be deeply missed. Survivors: wife of 44 years, Mary M. "Puddie" Ufolla of Arlington; sons, Freddie (Leann) Ufolla of Oklahoma City, OK and Bobby (Nichole) Ufolla of Arlington; daughters, Kristin (Craig Lewis) Ufolla and Kathryn (Sam) Patton both of Arlington; sisters, Maureen Locke and Sr.Lorilee Ufolla both of Pittsburgh, PA, Patricia Smith of Oak Grove, MN; 3 grandchildren, Riley and Â Anthony Ufolla, and Bryce Ufolla

The family of Fred A. Ufolla created this Life Tributes page to make it easy to share your memories.

Send flowers to the A. Ufolla family.