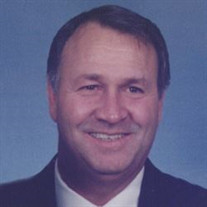 James Massey Crowe, 67, was united with his heavenly Father, Tuesday, September 23, 2014 while in a Dallas hospital. Mass of Christian Burial will be celebrated on Saturday, September 27, 2014 at 11:30am at St. Jude Catholic Church; 500 E. Dallas St; Mansfield. Rosary Service will be Friday, September 26, 2014 at 7:00pm at St. Jude Catholic Church. Interment will be scheduled at a later date at Calvary Cemetery. Floral offerings may be delivered to Mansfield Funeral Home. Those choosing to make donations in lieu of flowers may do so in Jim's memory to the Wounded Warrior Project. James was born April 27, 1947, in El Paso to Harold and Margaret Crowe. He grew up in El Paso and graduated from Andress High School in 1965. After graduation, Jim attended the University of Texas at El Paso where he received his bachelor of business administration in accounting in 1972. He married Valerie Crowder in 1969 and upon graduation, Jim and Valerie resided in California for eight years before moving to Mansfield in 1980. He was a veteran of the United States Army and served in the 173rd Airborne Brigade. He opened AAA Pallet in Irving in 1989 before selling his business in 2005. He and Valerie were longtime members of St. Jude Catholic Church and Jim served on the Finance Council shortly after moving to Mansfield.        Jim had many interests, none more important than his family. He enjoyed golf, fly fishing, playing cards and spending time in the mountains of Cimarron Canyon, N.M. Jim was a loving husband, father, grandfather, brother and friend who will be deeply missed by all who knew him. He was preceded in death by his parents, and brother, Michael Crowe. Survivors: wife of 45 years, Valerie Crowe of Mansfield; sons, Sean Crowe and wife Carrie of Oklahoma City, OK, and Jimmy Crowe of Arlington; daughters, Erin Crowe of Lewisville and Mary Crowe of Dallas; brothers, Pat Crowe of Katy, TX and Sean Crowe of Mansfield; sisters, Cindy Brock of Mansfield and Shannon Pevey of Clint, TX; his niece he was very close to, Christina Pevey of New York City, NY; four grandchildren, and numerous other nieces, nephews and other relatives.

James Massey Crowe, 67, was united with his heavenly Father, Tuesday, September 23, 2014 while in a Dallas hospital. Mass of Christian Burial will be celebrated on Saturday, September 27, 2014 at 11:30am at St. Jude Catholic Church; 500 E.... View Obituary & Service Information

The family of James Crowe created this Life Tributes page to make it easy to share your memories.

James Massey Crowe, 67, was united with his heavenly Father,...

Send flowers to the Crowe family.