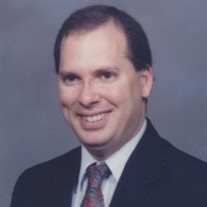 Tim M. Andrea, 55, was received into the hands of God, Sunday, July 19, 2015. A memorial service will be held at 4pm Saturday, July 25, 2015 at Mansfield Funeral Home. Tim was born November 8, 1959 in Marion, Indiana to Madeline and Maurice Andrea . He graduated from Marion High School in 1978. After high school, he went to work for Essex Wire Corporation in Fort Wayne, Indiana. On October 18, 1986, Tim married Blanca Ines Pinilla and have celebrated 30 years together. He attended Purdue University where he received his Associate of Science in Engineering in 1997, his Certificate in Quality and his Bachelor of Science in Industrial Engineering in 1999. He was currently employed with Southwire as a manager of applications engineering and was a member of the National Electric Code Association and The Aluminum Association.  Tim enjoyed the outdoors and spent his free time fishing, hunting, cycling, skydiving and long drives on his Harley Davidson. He was a member of Stoddard’s Range in Douglasville, GA and received many awards for competitive shooting.   Tim was a hardworking person, loving husband, son, and brother who will be deeply missed by all he knew. He was preceded in death by his father, Maurice Andrea of Marion Indiana. Survivors: wife, Blanca Ines Andrea of Mansfield; mother, Madeline Andrea of Marion, Indiana; brother, Greg Andrea and his wife Sheila of Phoenix, AZ; niece and nephews, Molly, Blake, Logan and Kyle.

The family of Timothy "Tim" Andrea created this Life Tributes page to make it easy to share your memories.

Send flowers to the Andrea family.